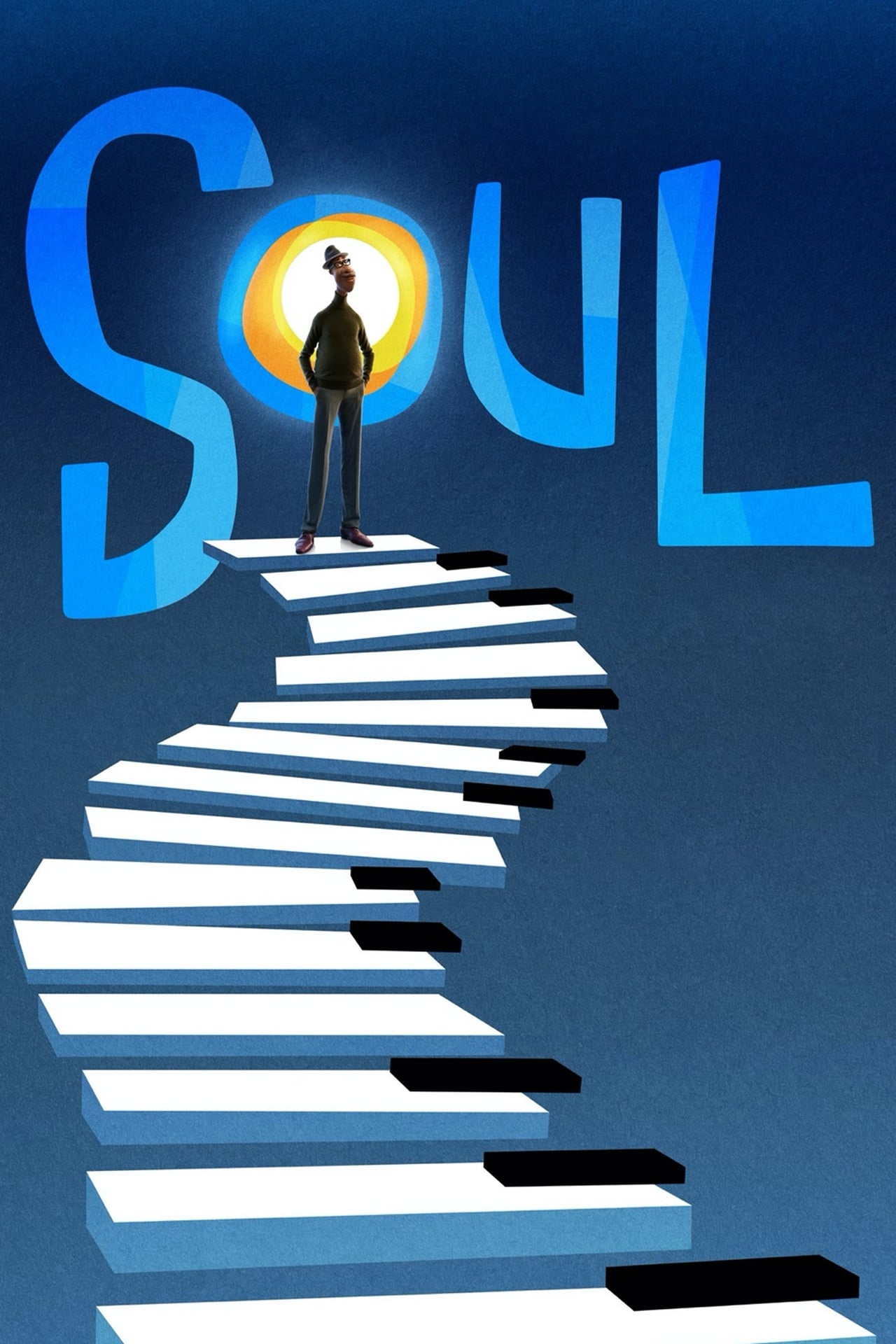 Opium for the underprivileged

The movie threw me off-guard when it switched from the New York City narrative to the Philosophical-landscape-with-weird-characters narrative. I was just getting comfy and ready for a nice story about some jazz, but instead I was catapulted into some philosophical discourse about life and death, with a catalog of cute visuals to represent various ideas, just as in Inside Out and its brain tour (which already bored me at the time).

The storytelling isn't particularly convincing, because instead of trying to tell a compelling story, the movie tries to build a compelling moral. From there I understood that appreciating the movie would be complex, as when a story explores existential concepts in such a didactic way, whether you like it or not depends a lot on whether you adhere to its philosophical stance or not. I do not.

For me, the key moment of the movie is when Joe has finished his first gig as a pianist of a jazz band, and is underwhelmed about it, in spite of having hoped for this moment for so long. He expected to be moved into some next-level dimension of life, and is disappointed to realize that he's still just a earthling in a world that is still material in a time where days are still made of 24 hours. My reaction was that he is such a spoiled ungrateful little brat. He must have trained for thousands of hours to acquire the skills he has at the piano, he must have networked to be able to grab this opportunity, and he had the luck of being able to play at the last moment in spite of his weird behavior in the afternoon. So many things had to come alright for this moment to happen, and yet he is underwhelmed because he expected more. Damn, boy!

I thought this was a weird choice of behavior to showcase, because I think most people are wiser than Joe and aren't underwhelmed like that about their successes, so I didn't quite know where the movie was going, and so far the morale looked very simple: be grateful about your achievements. But to my surprise, the movie went to another direction: be grateful about the banality of life. The singer he has performed with tells him the parable of a fish who wants to go to ocean because he is disappointed to "only be in water" (the point being: the ocean is nothing more than water). How ironic that such a parable comes from the creators of Finding Nemo about a father fish over-protecting his child fish from the ocean, but who eventually has the adventure of its lifetime by exploring the ocean.

Then unrolls a montage of Joe's life with beautiful images of New York City and trees and sunsets and pie eating and whatnots. How beautiful life actually is! Yeah, now try replacing sunsets with grayness, NYC with sovietic-era buildings, pie eating with a slice of stale bread, and let's see how that works. It doesn't, and yet those circumstance are experienced by various people around the world, who arguably shouldn't be excluded from the philosophical discourse about life. How to avoid such fatality? Well, simply by putting the emphasis on improvement rather than on state. No matter your situation in life regarding money or health or simply fulfillment, there is always hope for better, by trying to progress, and by being grateful about each little victory on the way. There is no guaranty that state will look good, but improvement always looks good.

That's not what the movie is about. According to the movie, improvement is overrated, because there is no higher plane of existence. State is underrated, because life is already beautiful in what it has to offer right now. So we never get to see Joe being grateful about his gig, but we get to see him having his mind blown by a leaf falling off a tree. I guess it's true to some degree (one must not fall into the extremes of self-improvement motivational madness), but I don't see how this can be a philosophy in and of itself. It seems to me that this philosophy only works for those who have it easy, for whom motivation and success are so natural they have become bored by it, and they need to fall back to liking trees. For the rest of us mere mortals who are thriving for betterment, enjoying the moment is simply a good medicine against stress and anxiety, but there is always the possibility for life to be a triumph. And may it only be a delusion, please let us believe.